On March 9, the New Generation School hosted the Grand opening of the school League of Almaty "Give the ball!" for basketball among private school teams.

The match was played between the teams of "NGS" and "Tamos Education" schools. 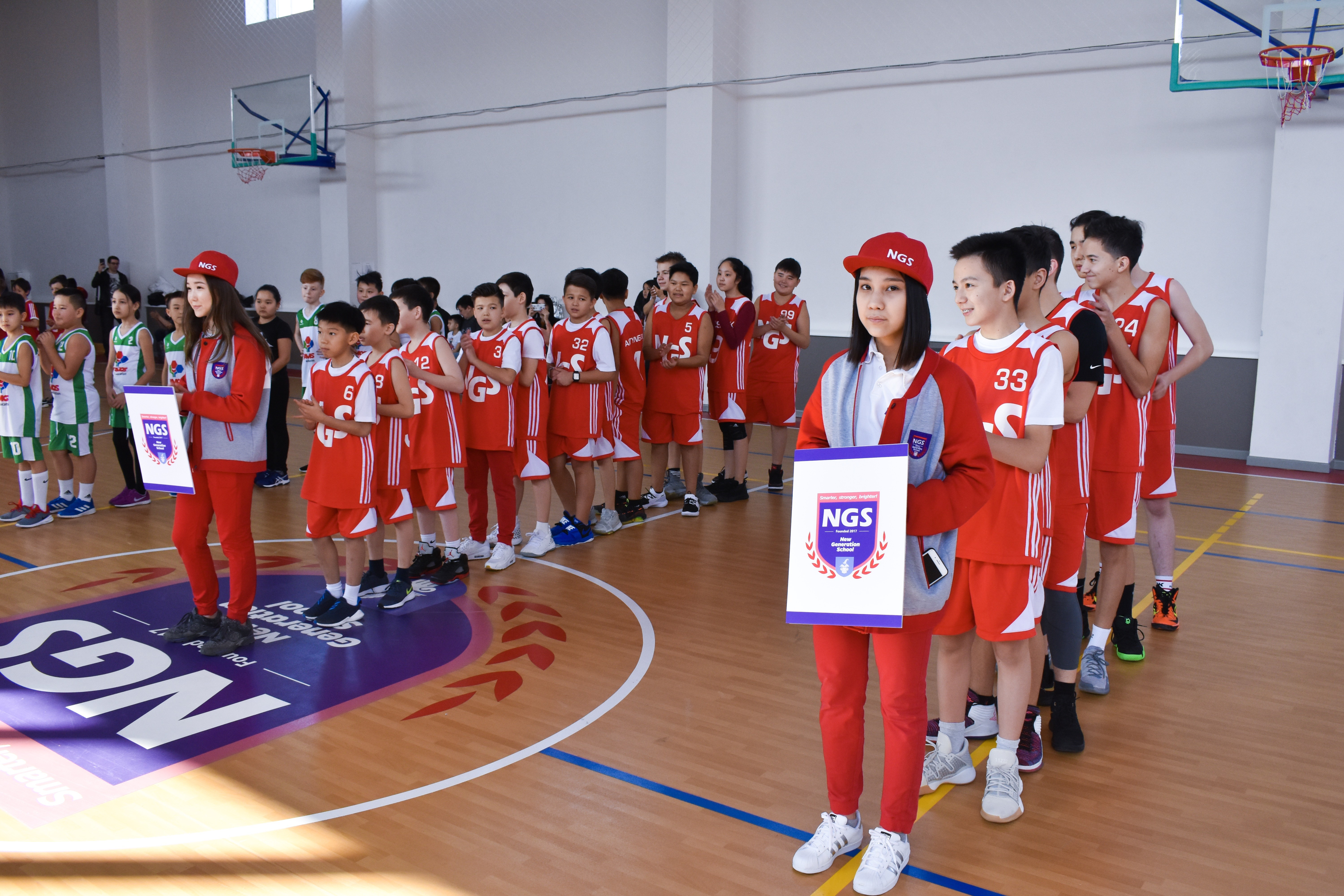 The welcoming speech was made by the Director of the school "NGS" Khrabrykh Alena Yuryevna and the head of the "Give the ball!" Foundation Erlan Akhtanov. They welcomed the players and fans, and wished good luck to the teams. 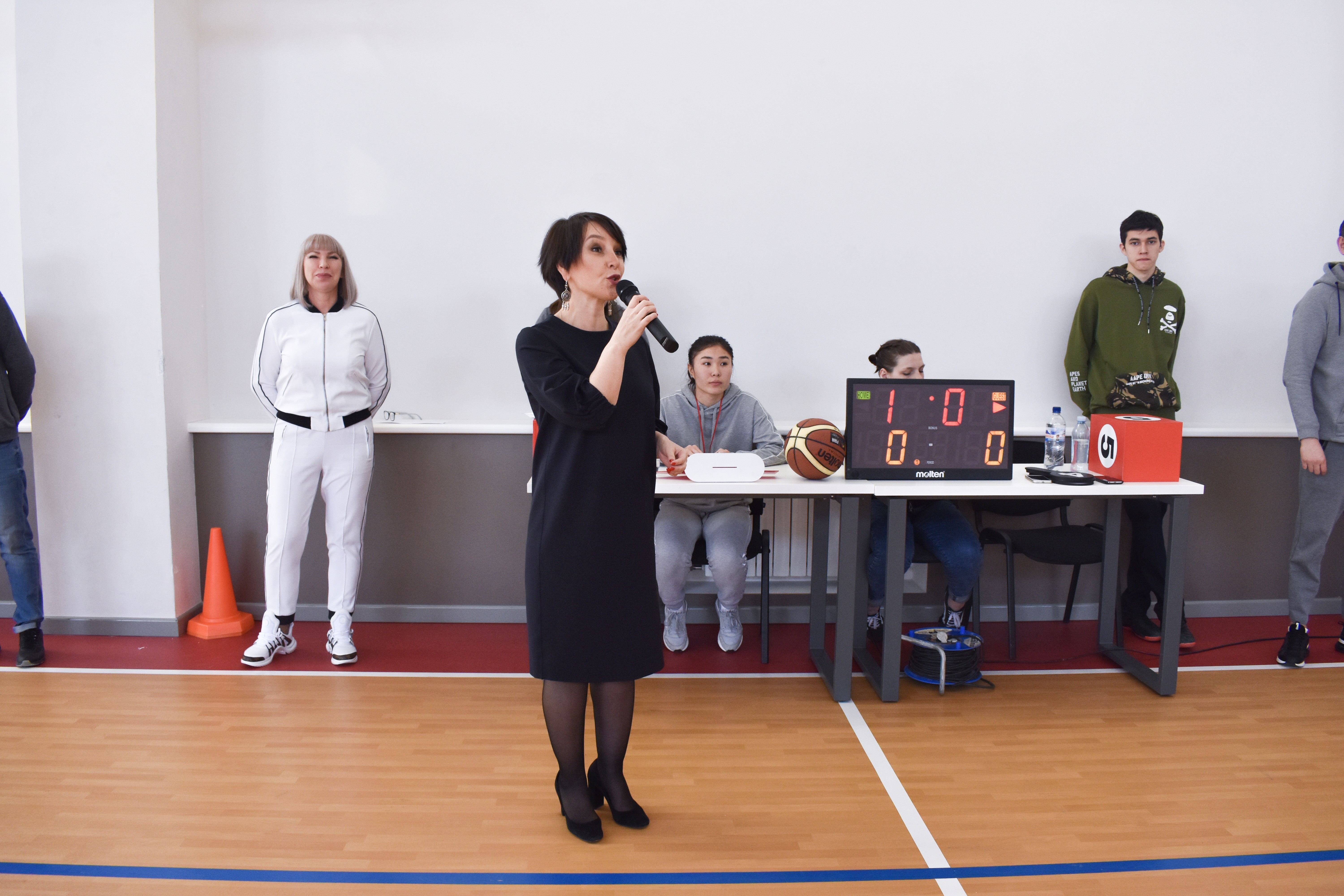 The first to enter the game were players of grades 1-3. The match has started! 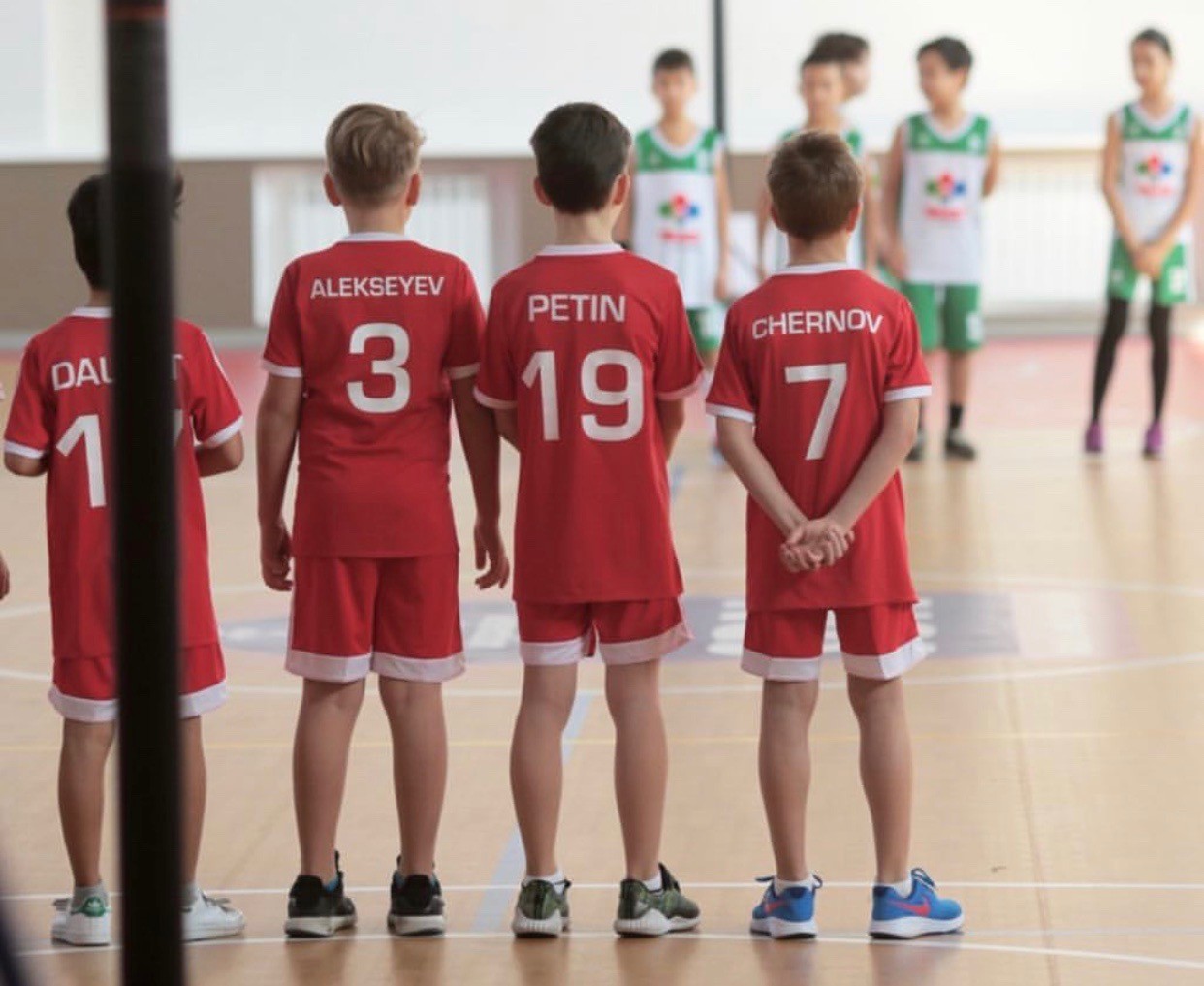 The reserve team is actively rooting for their teammates and preparing to go to the field. 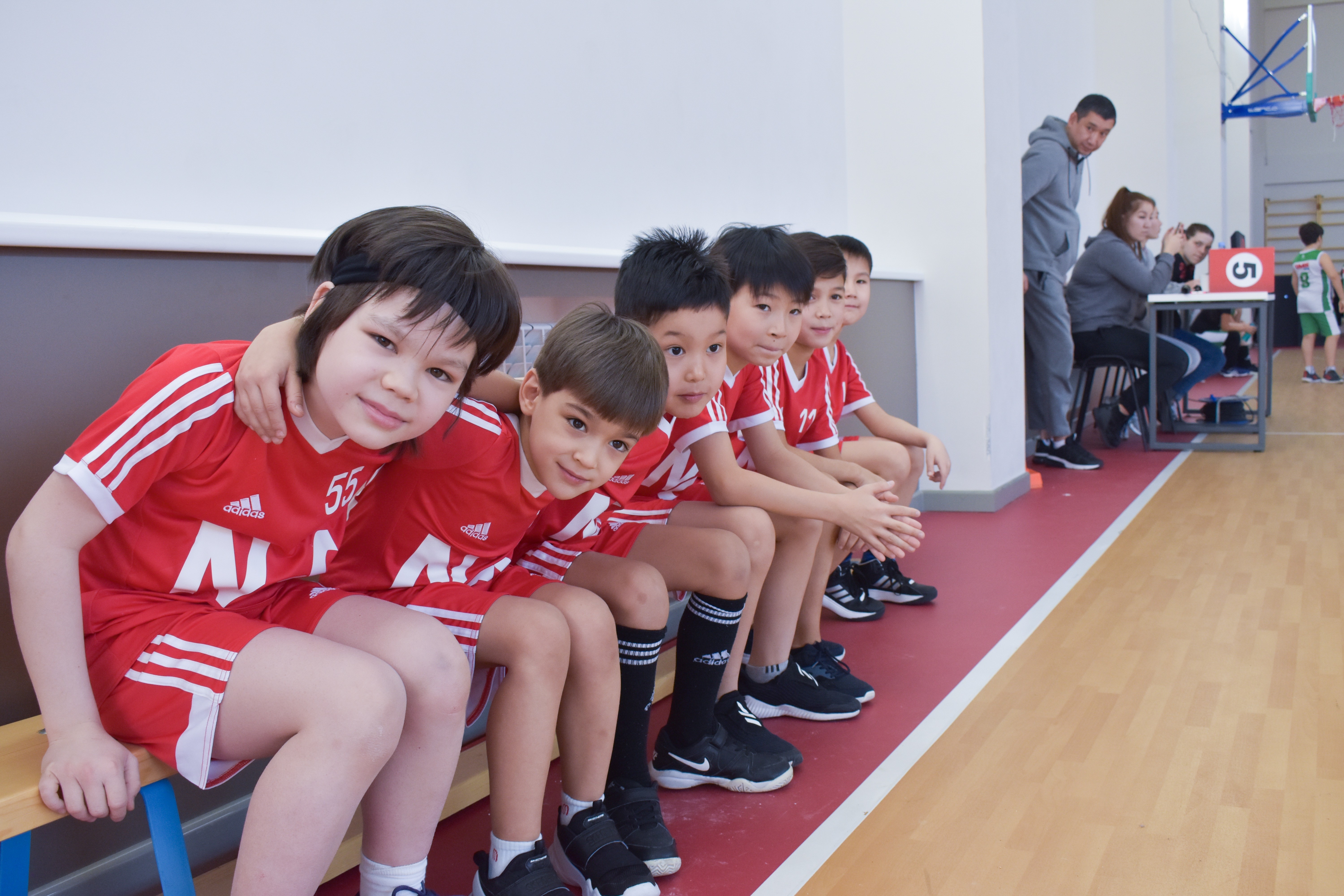 Both teams are playing well.

And here is the first throw to the basket of rivals! The score is 1: 0 in favor of the NGS team. 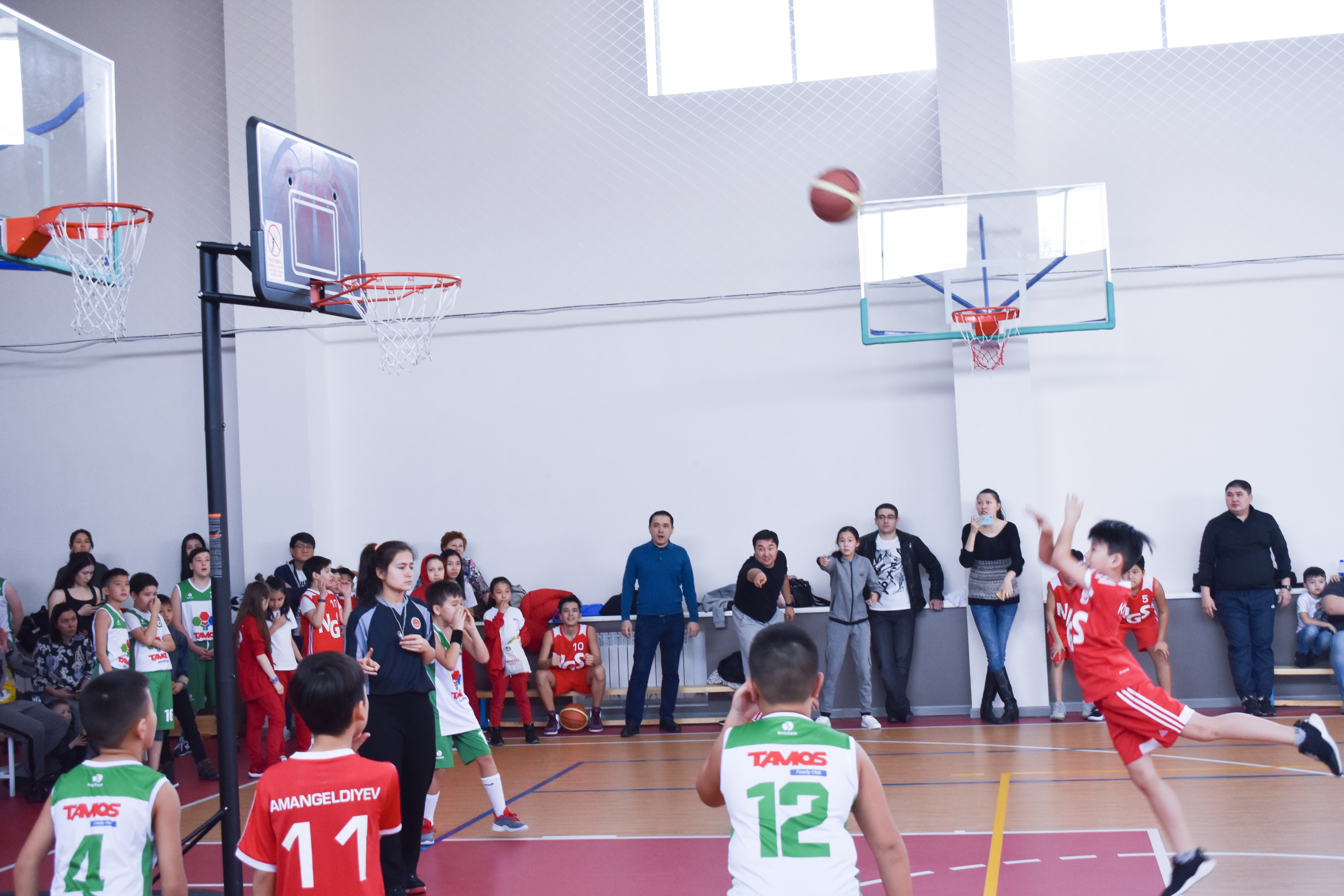 The role of the coach is actively felt in the game of our team. He supports his players in every possible way and gives the right tips that players apply during the game. 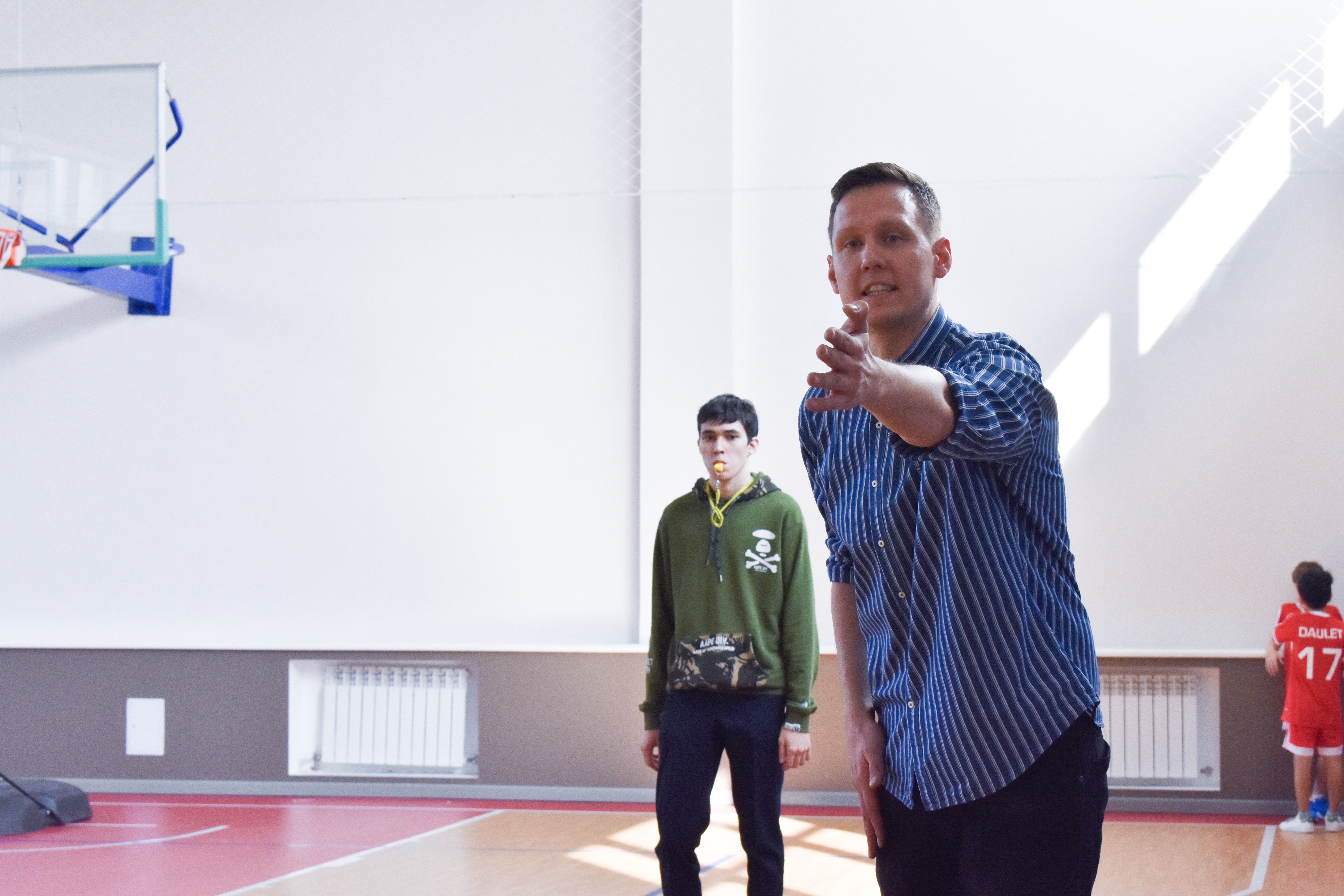 Meanwhile, fans worry about their teams. 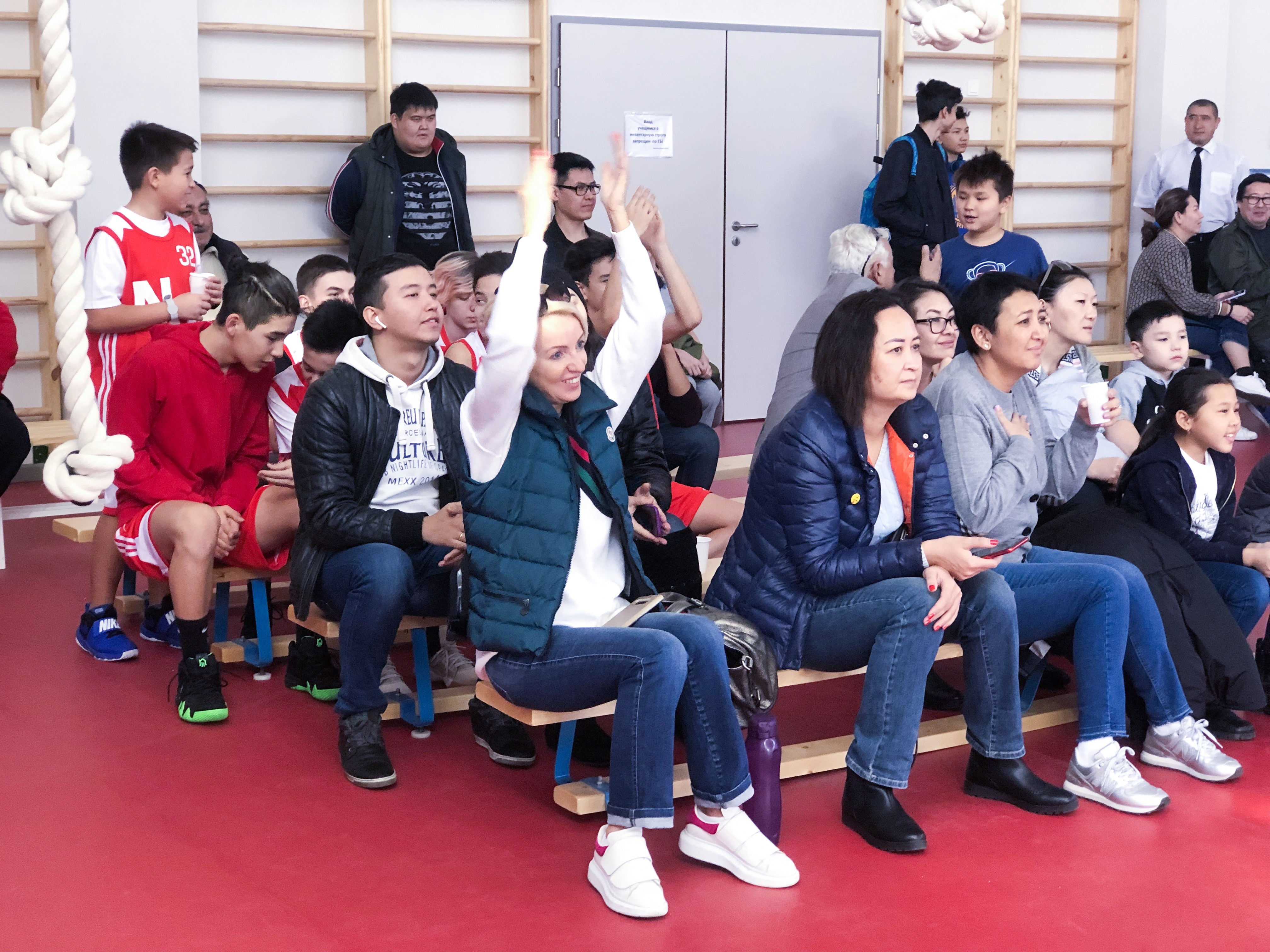 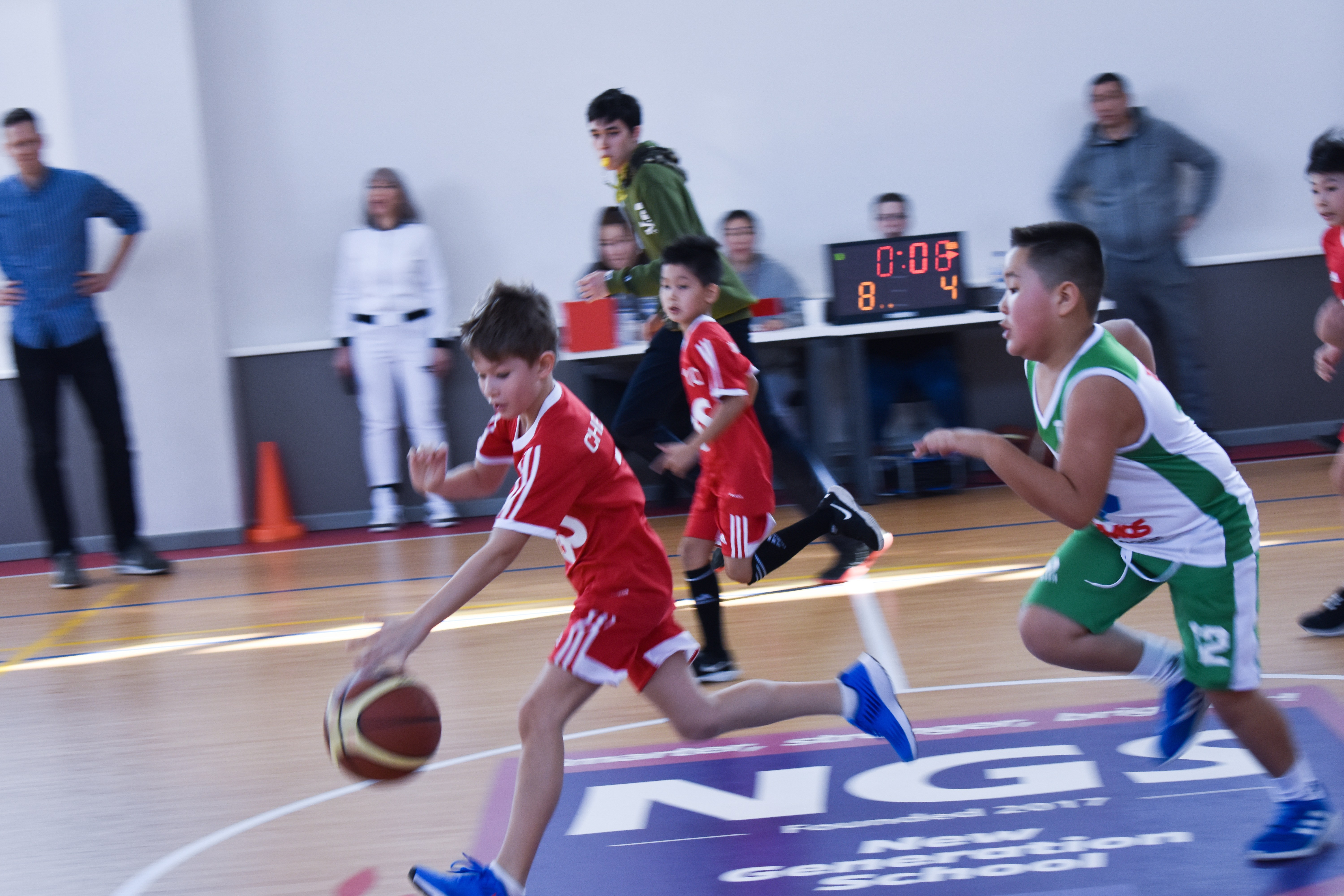 The game begins to gain momentum: it seems that the team of the school "Tamos" is set to equalize the score, which they achieve in the fourth period.

The score is even! The referee gives you extra time, your nerves are on edge! 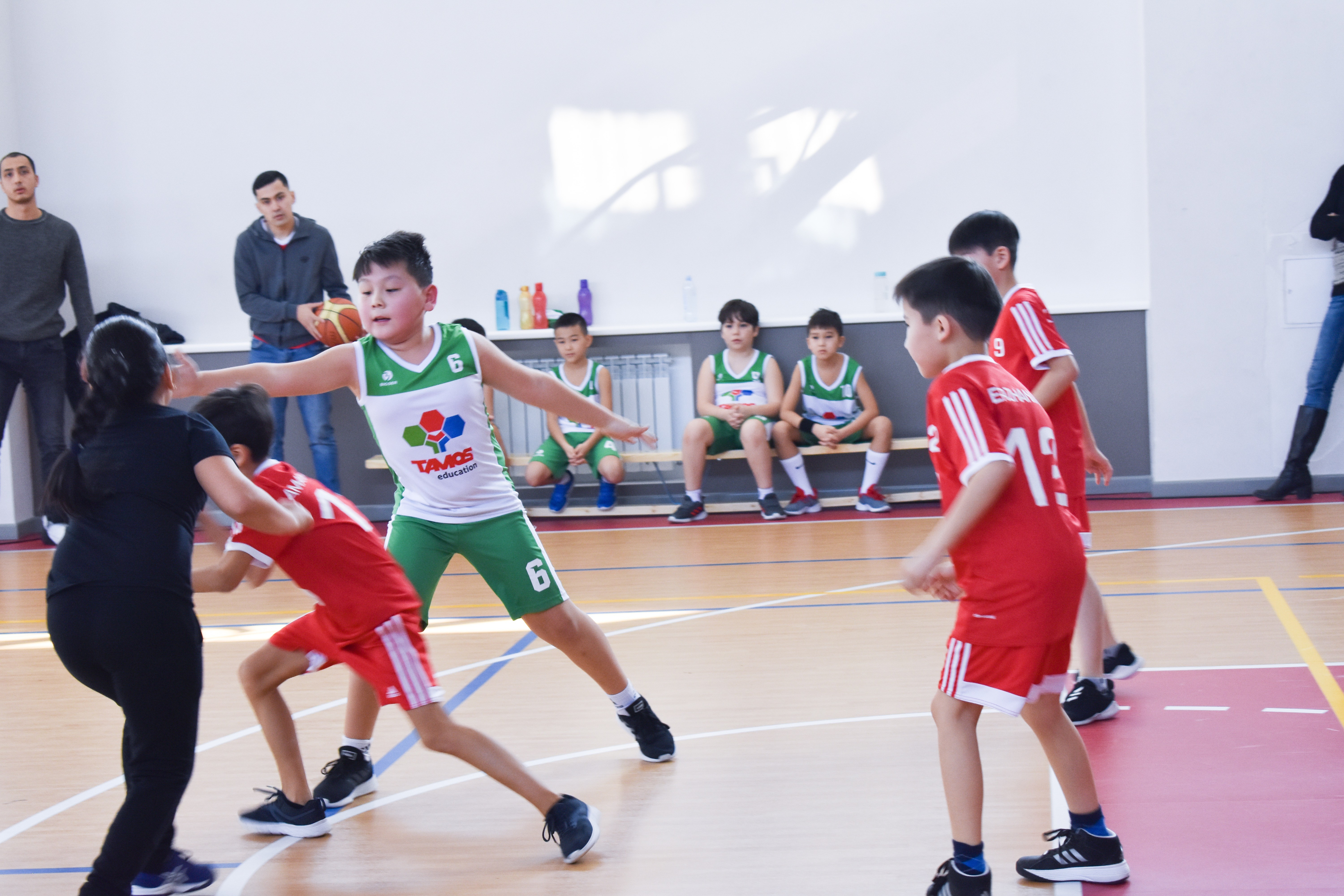 The signal is heard! Teams leave for a break. 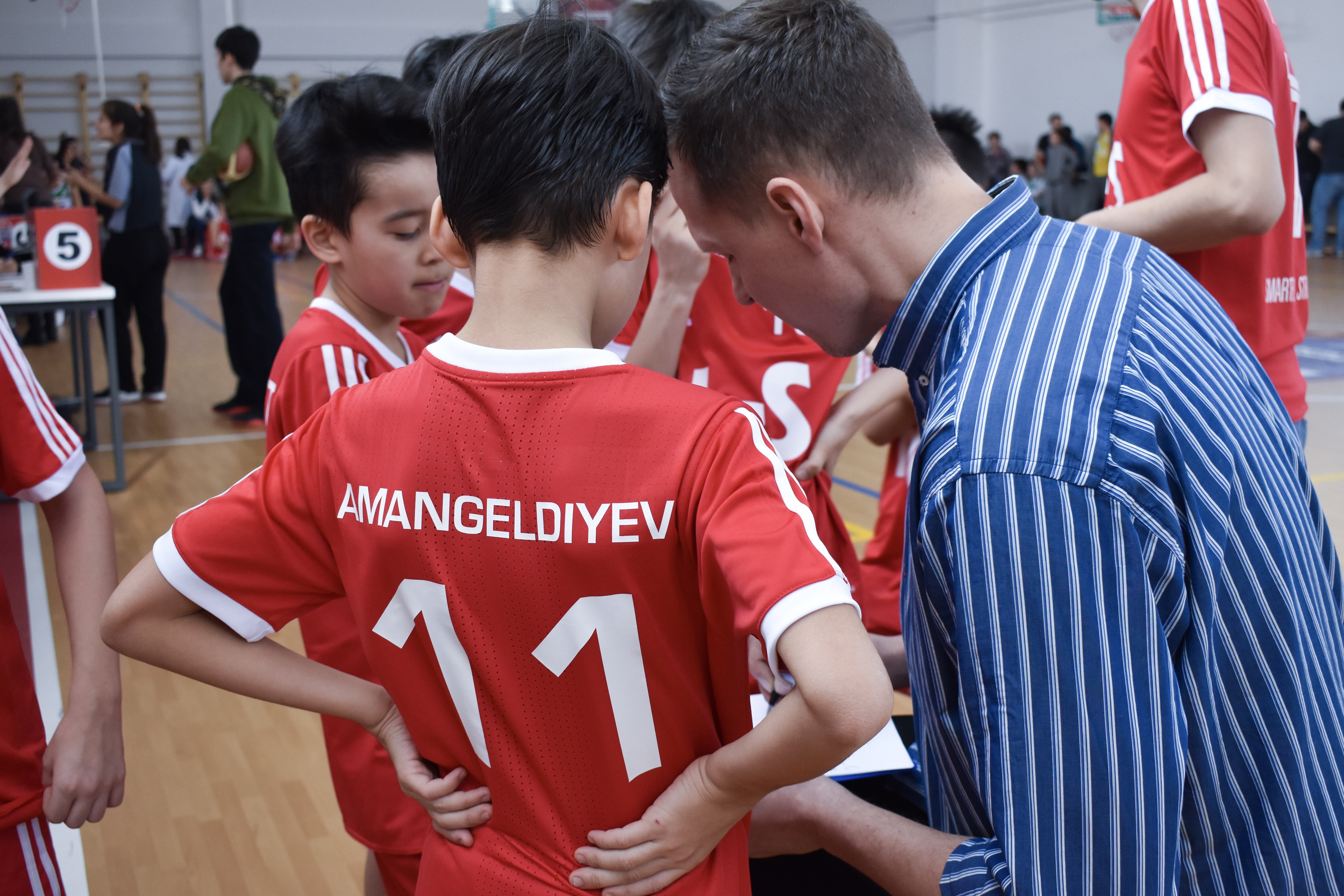 The NGS support group performs the "Jump over your head" dance, thereby raising the spirits of players and fans. 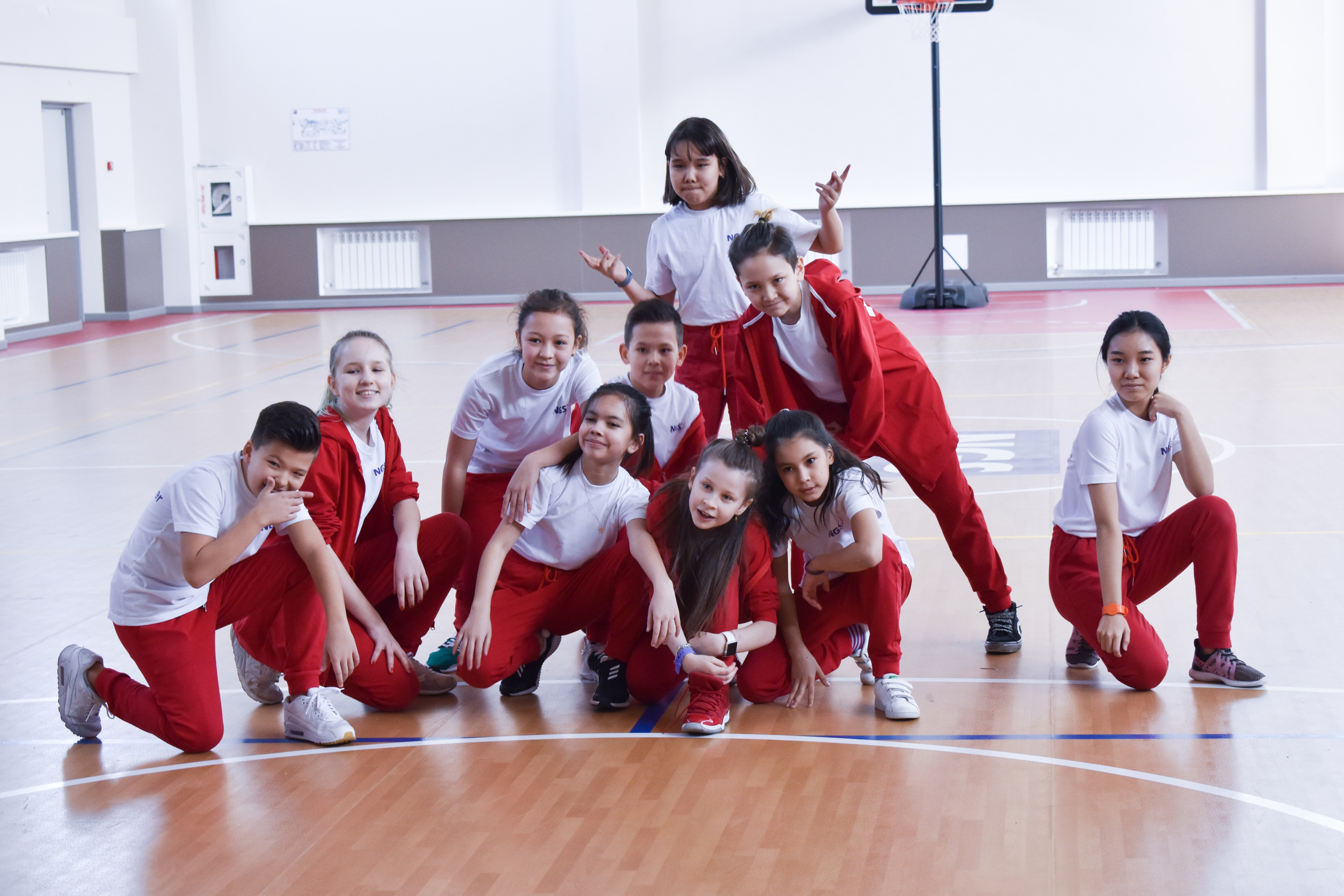 A doctor was on duty throughout the match, ready to provide medical assistance at any moment. 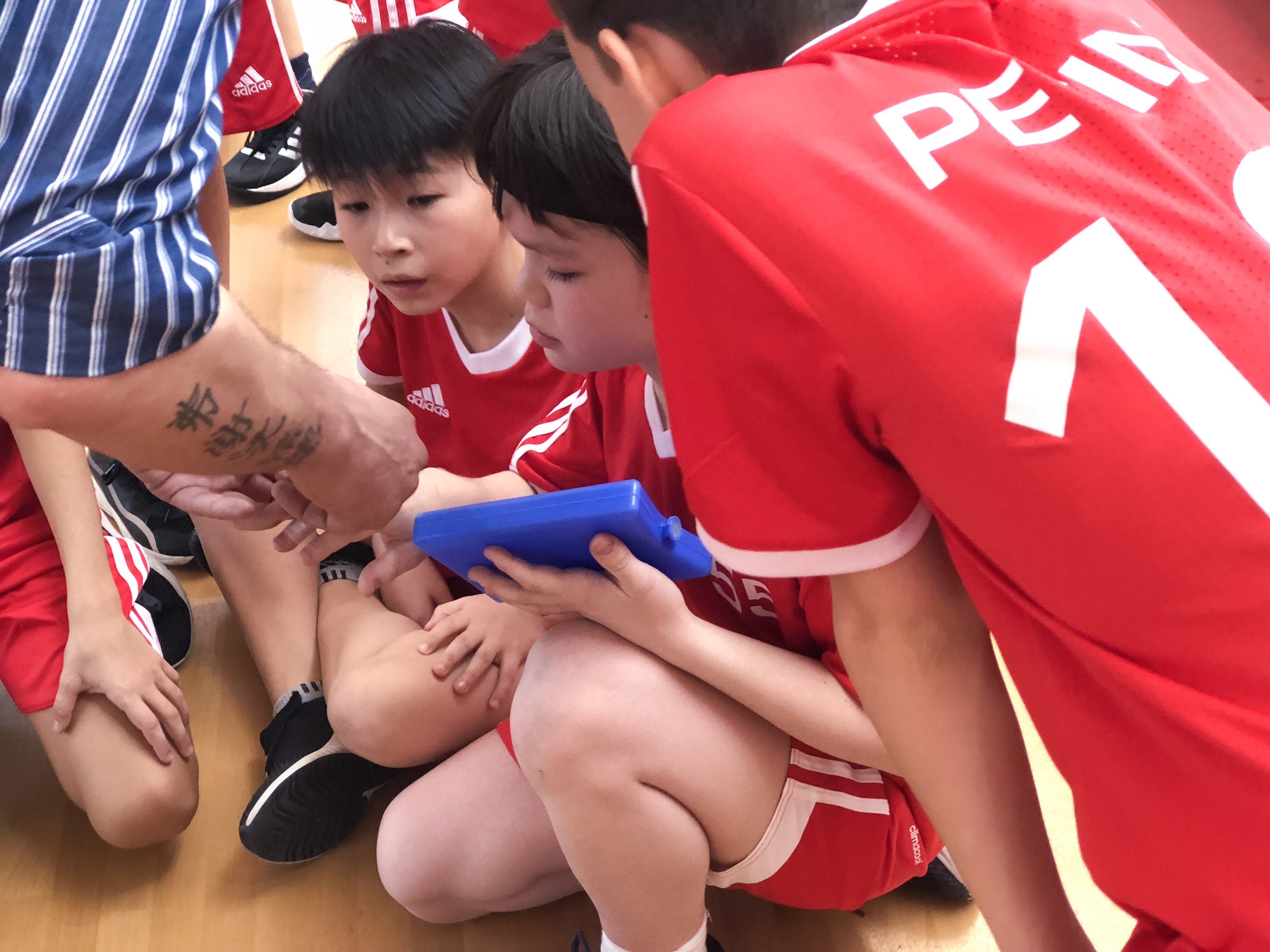 The situation is heating up, it seems that the fans have also joined the fight and are trying to out-shout each other, from all sides you can hear the cries of "NGS" and "Tamos". 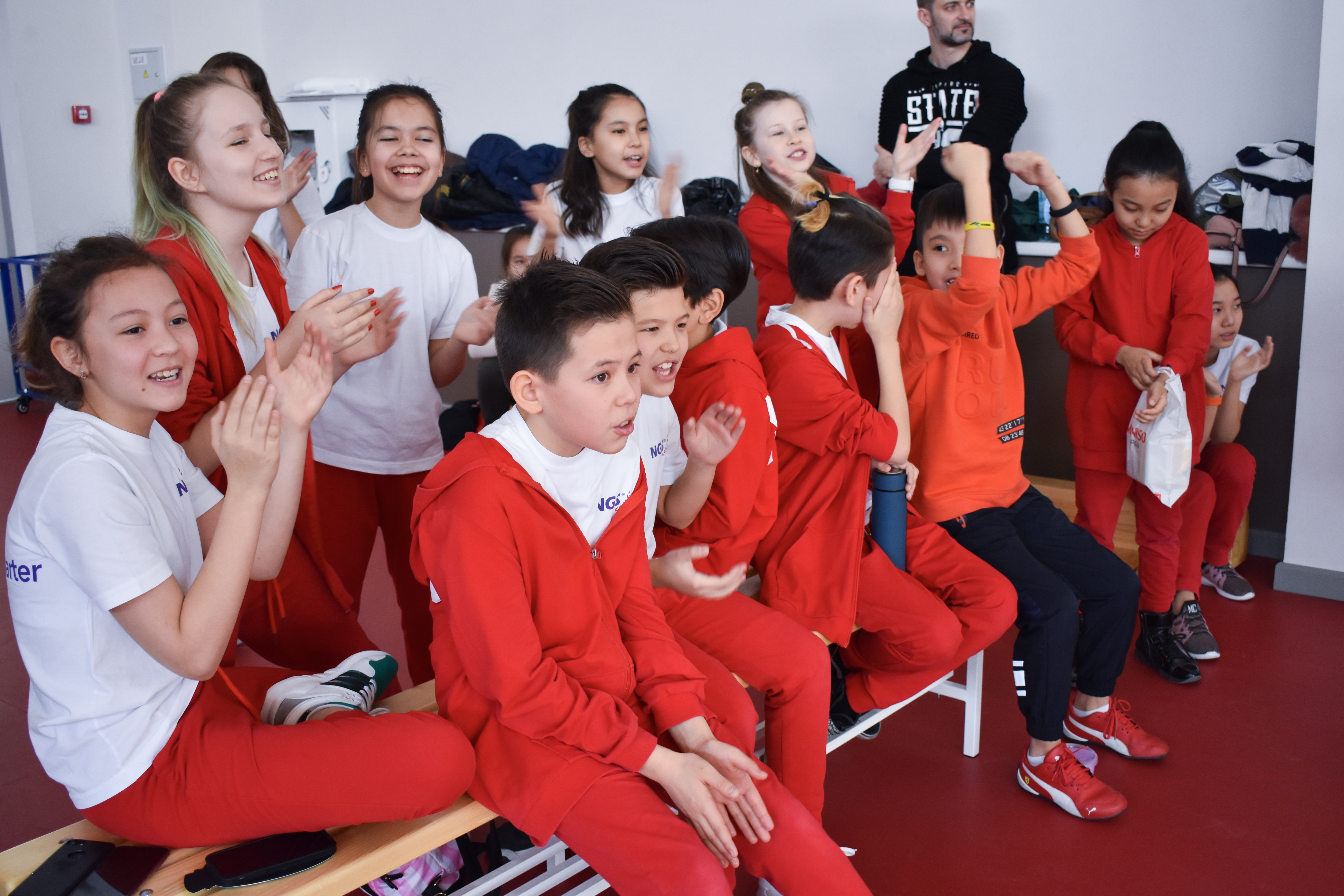 "It was a very difficult game! The whole game was unclear who would win, in the third period there was a relatively comfortable score for us +4 points, but in the last seconds, the opponent equalized, and the game went into extra time. Our guys did well, showed their best side, showed all their manly qualities and as a result, we won the match with a score of 13:11." 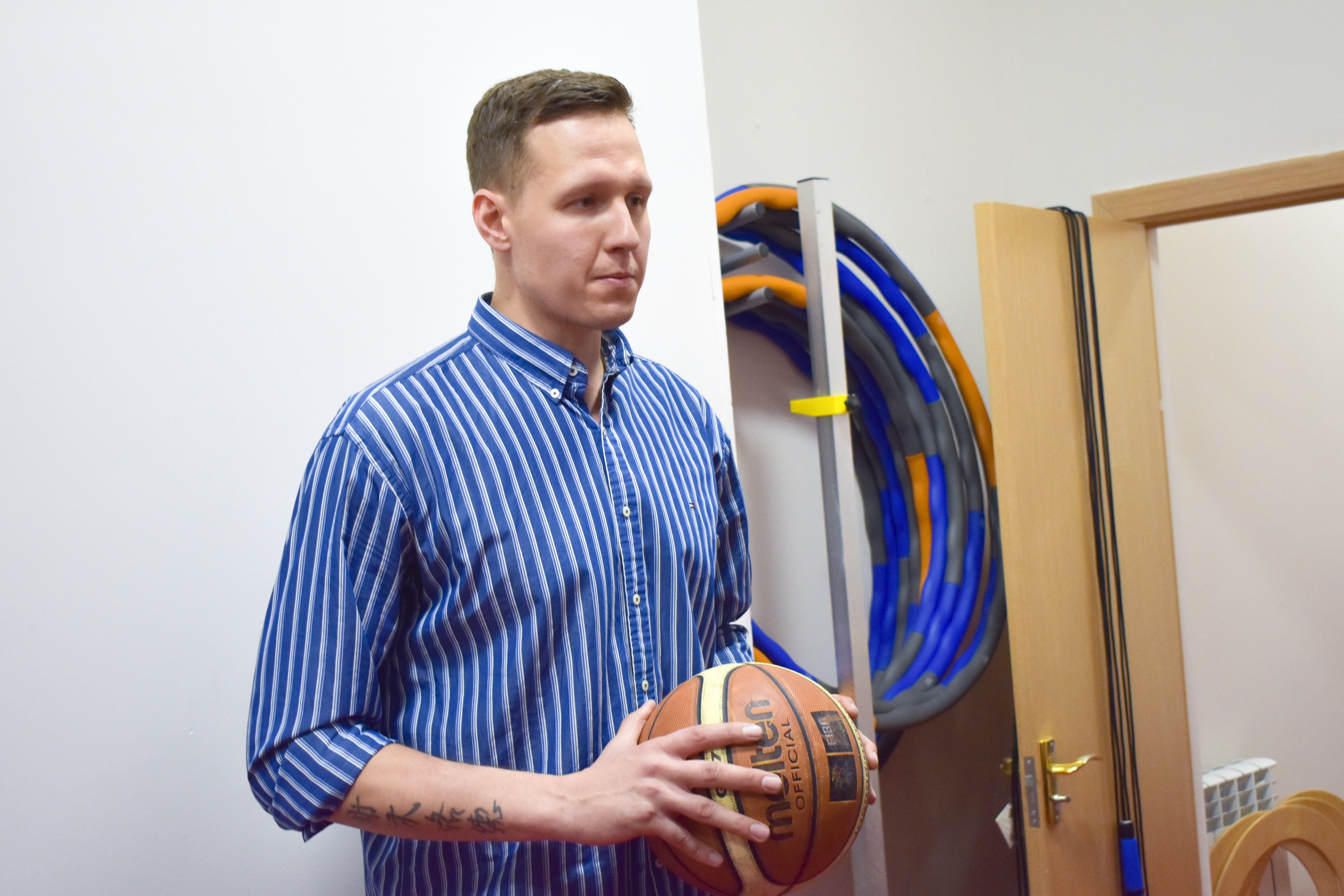 While the teams of grades 1-3 were happy to win, the preparation of the players of grades 5-6 began.

The NGS team promised to please us with their game, we will watch!

The match has started! 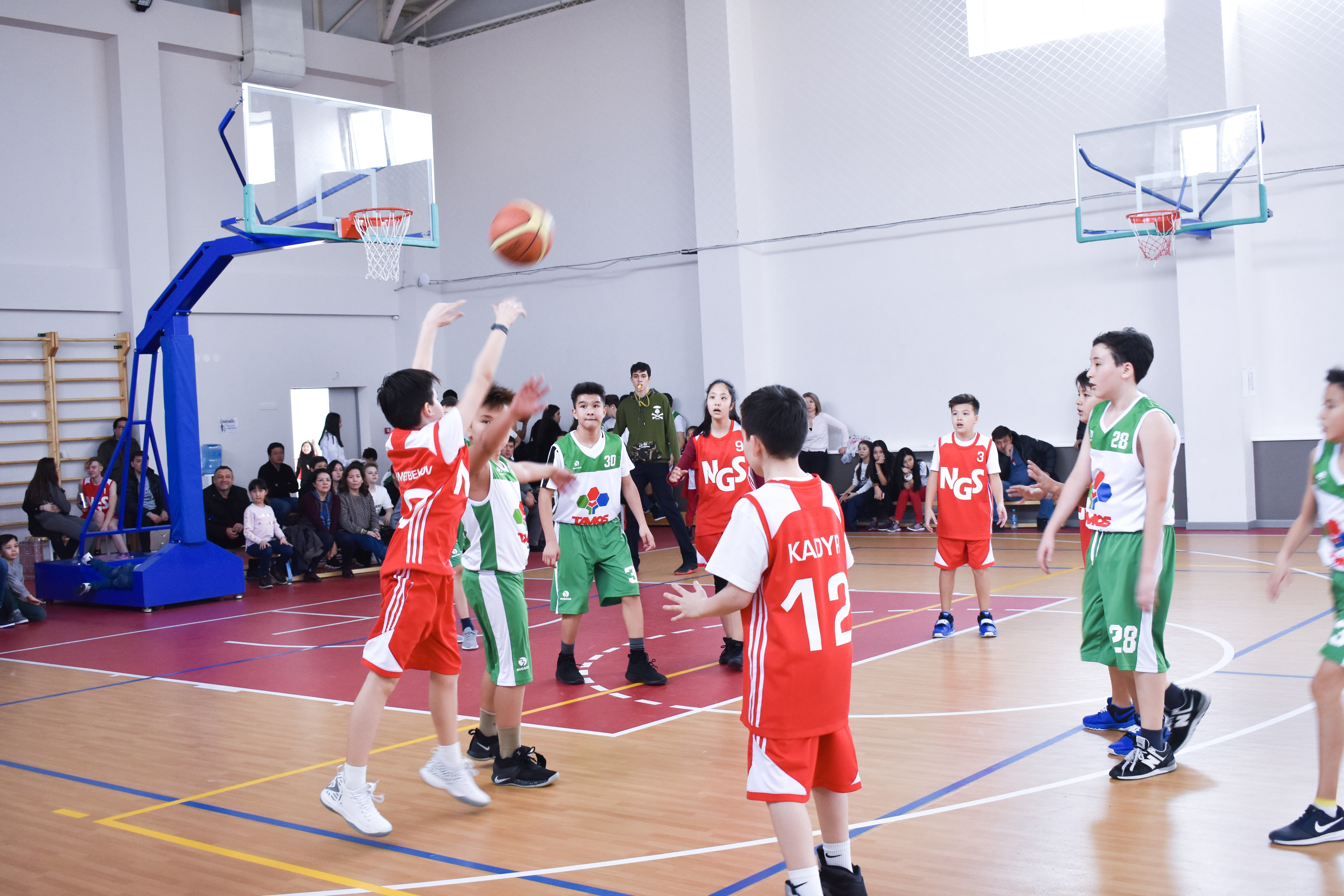 The NGS school team entered the game quite confidently and is rapidly gaining points. 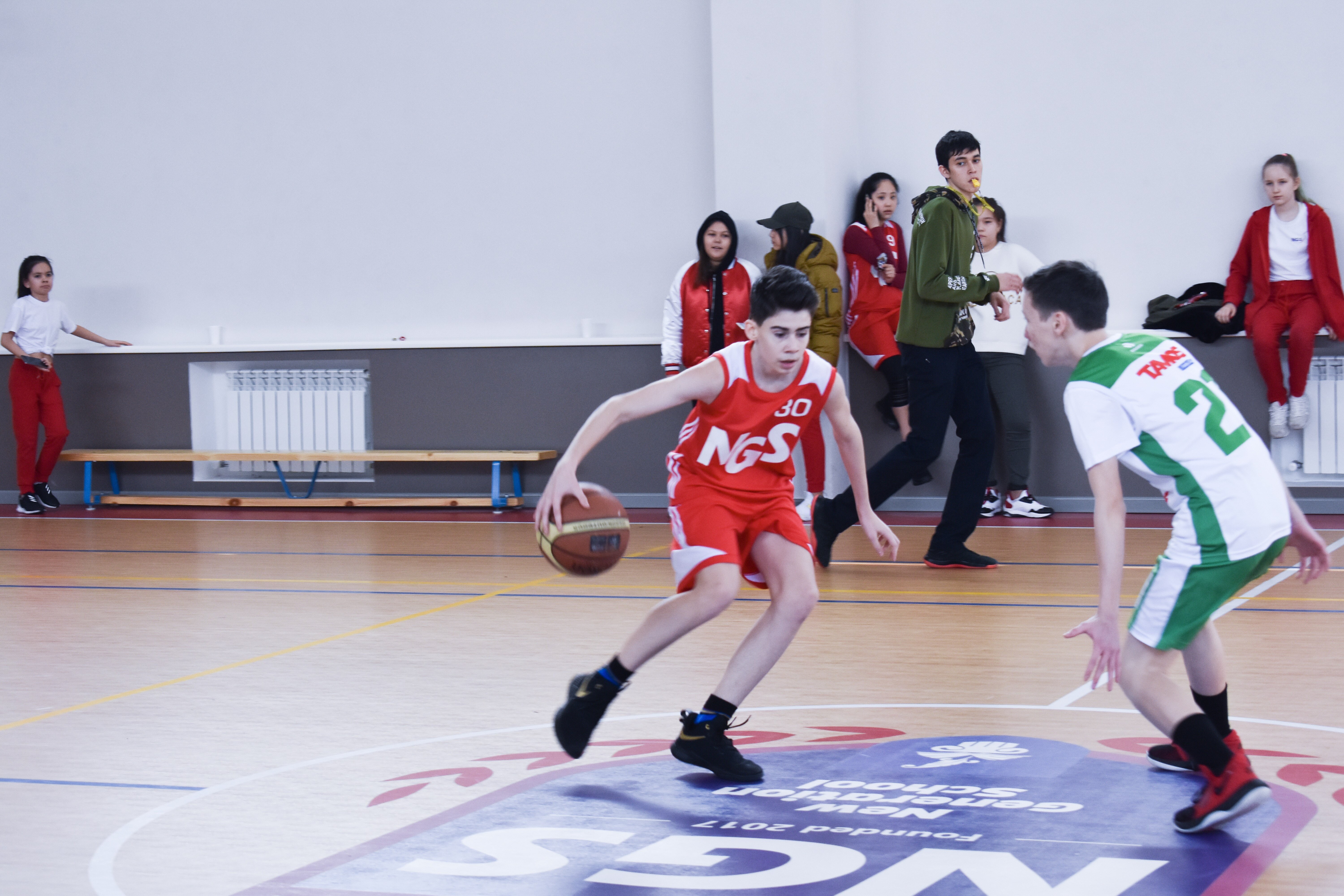 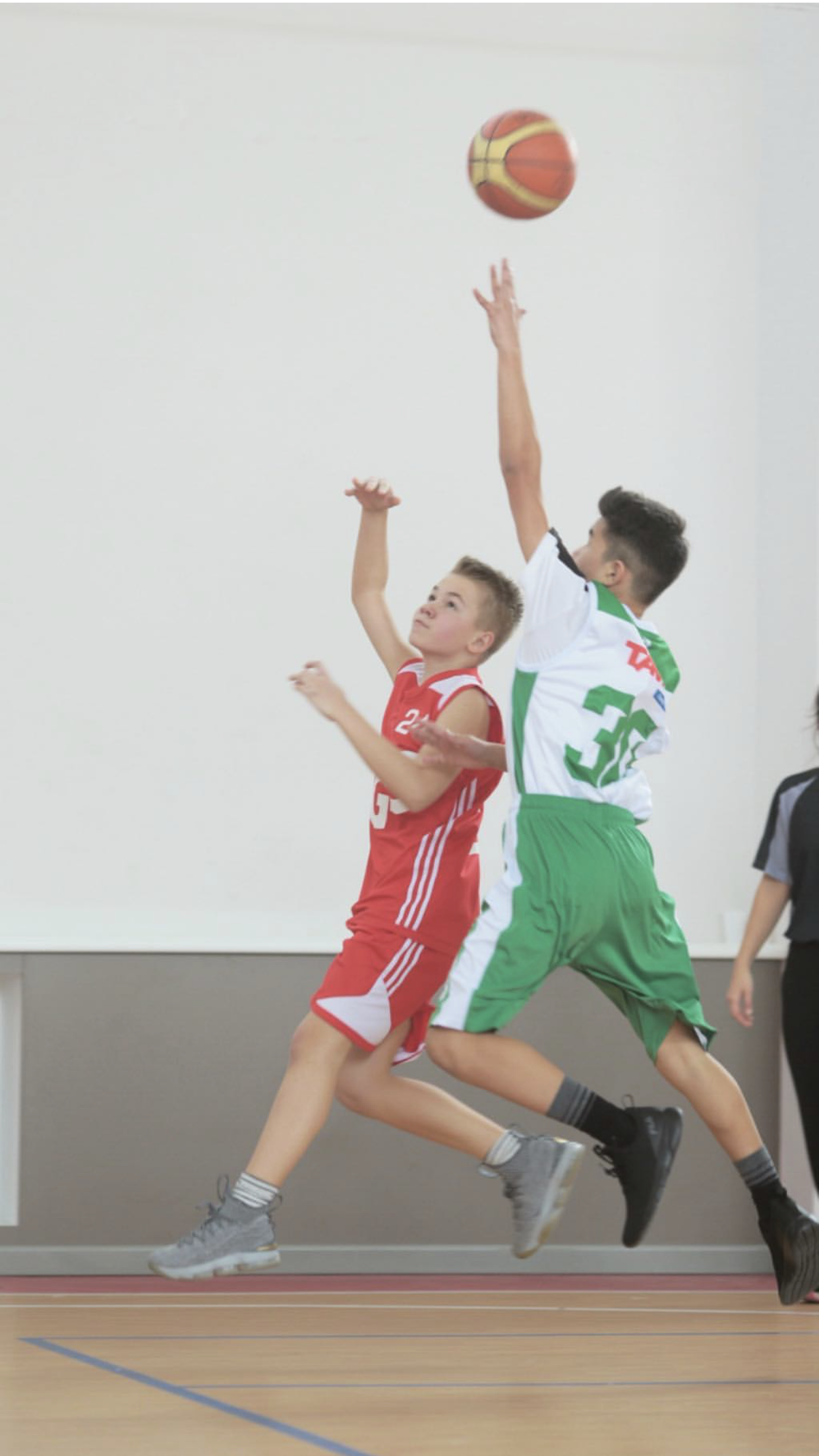 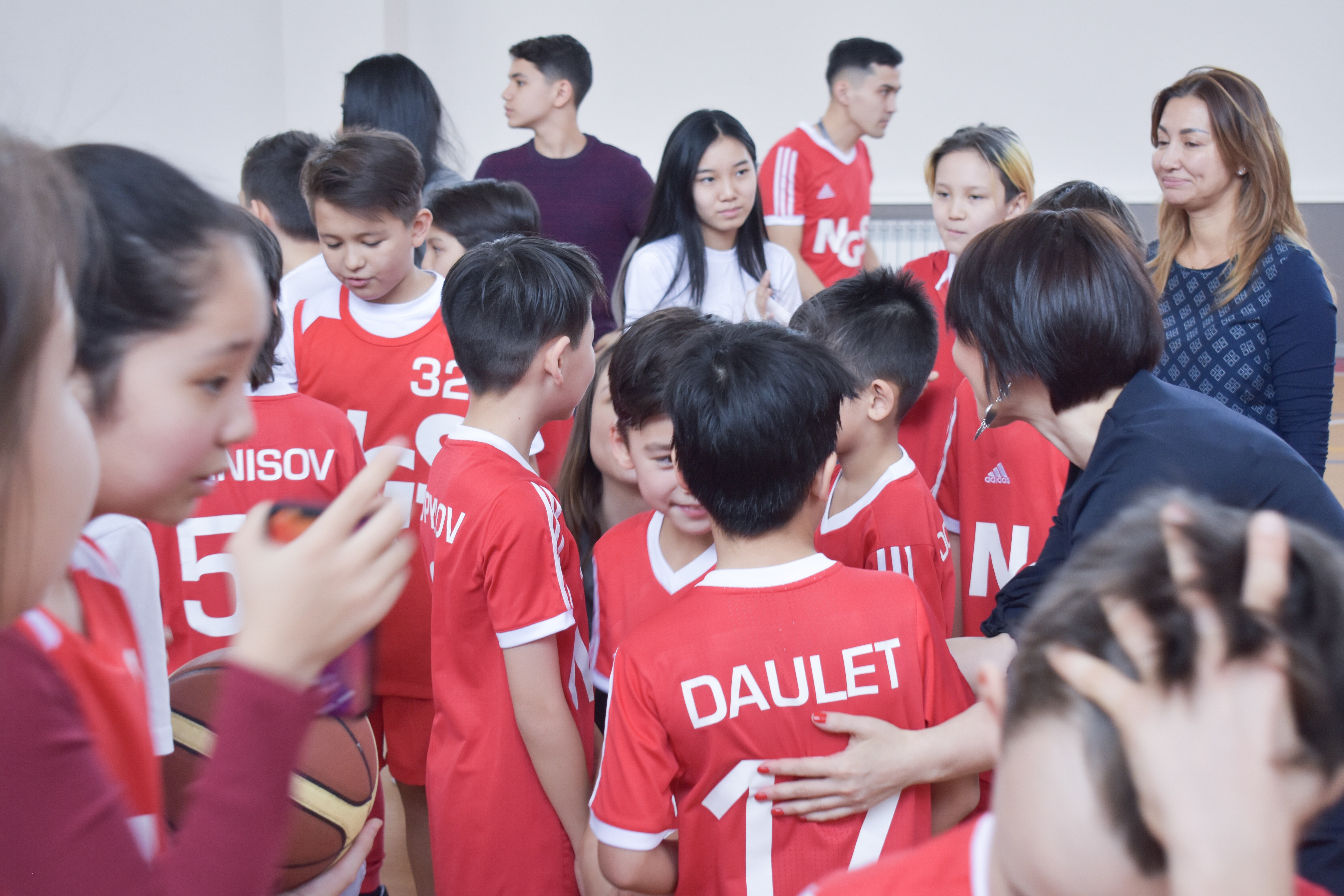 Irina Leskevich, head of the Department of physical culture and sports:

"The game ended, which was attended by students of grades 5-6. The "NGS" school team and the "Tamos Education" school team met. The New Generation School team won!" 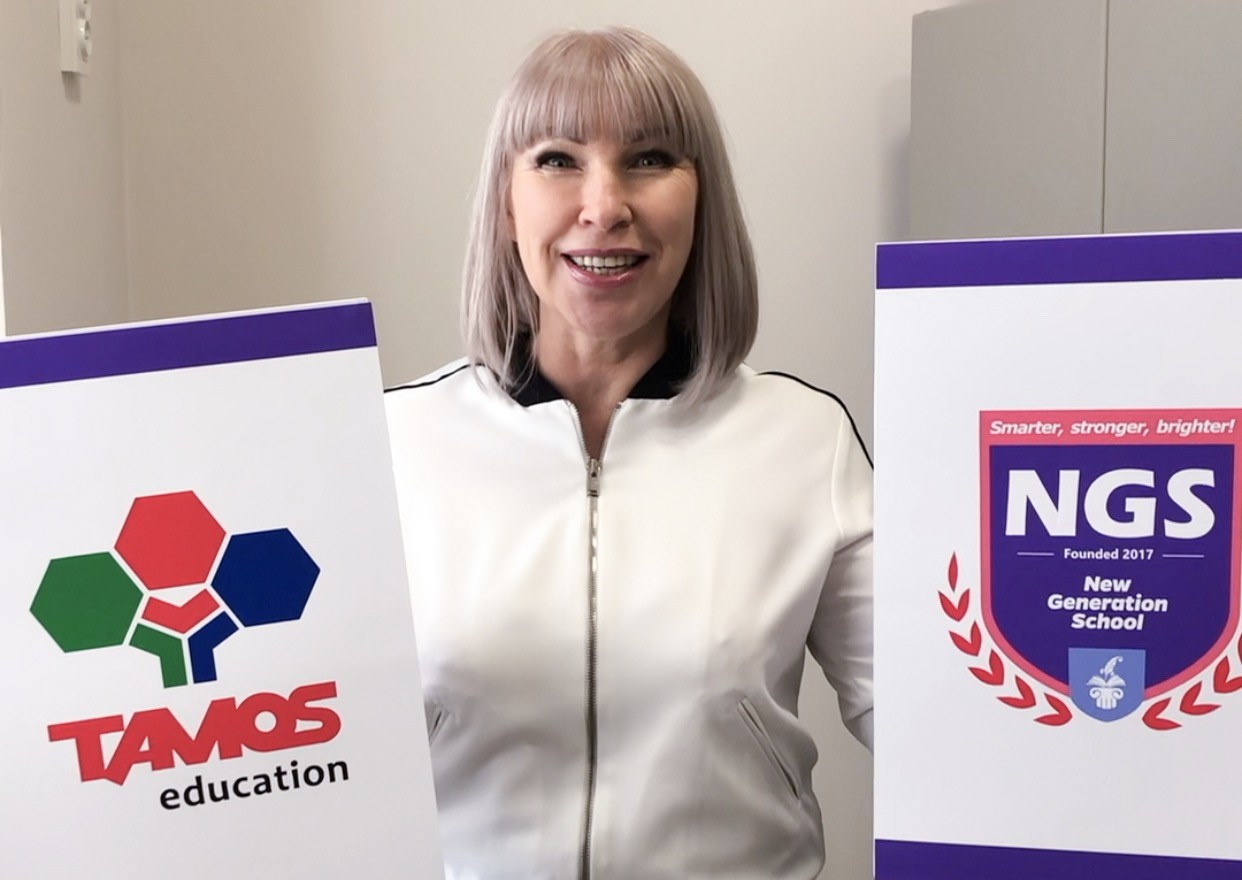 Then the game began among the teams of grades 8-10. The guys promised to show the class, and they showed it! The "NGS"school team won the" Tamos Education " school team with a score of 30: 22! 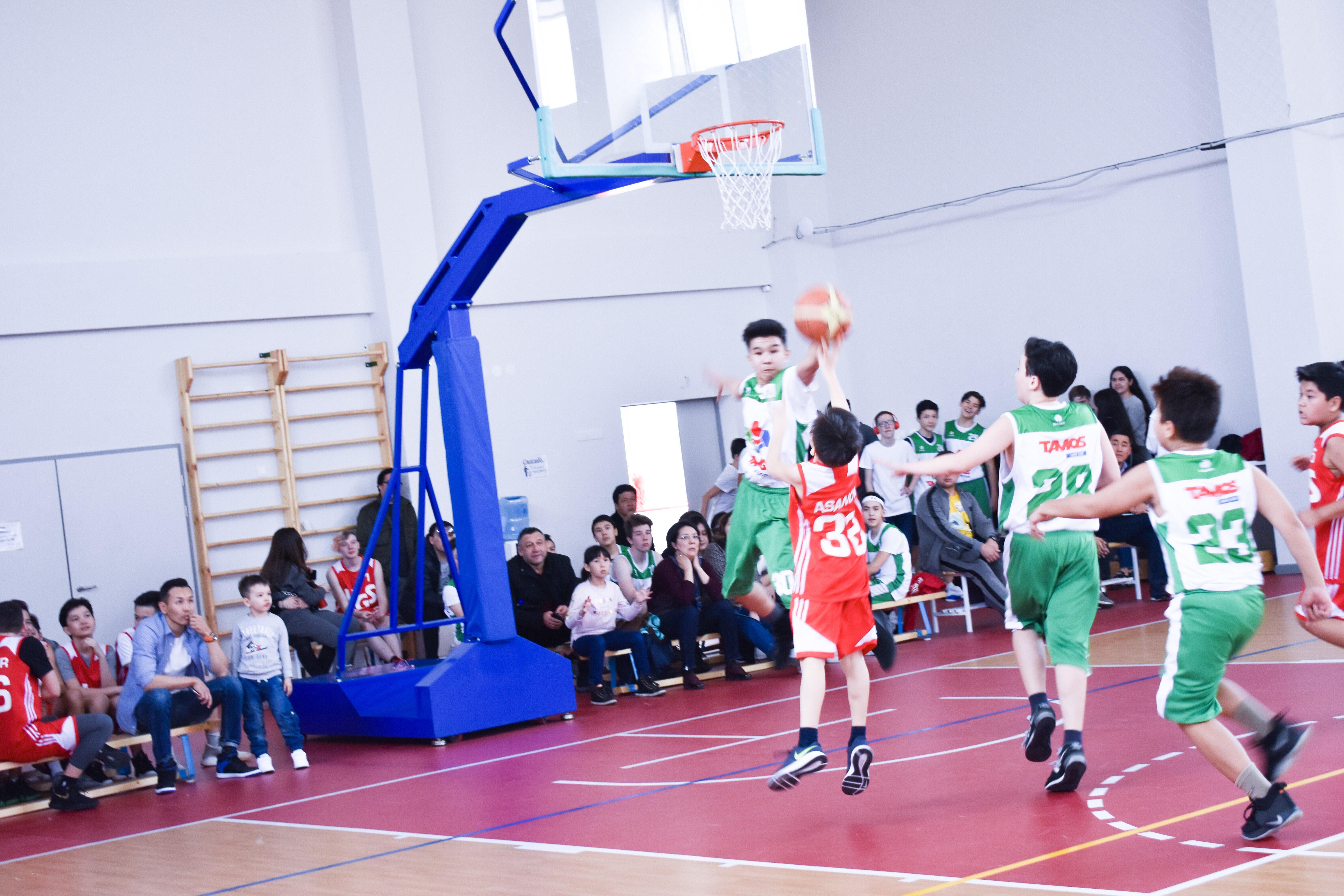 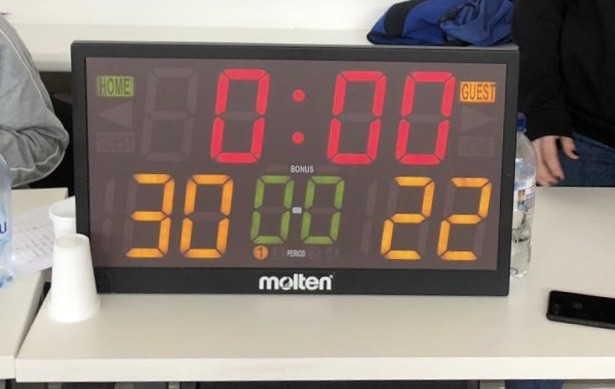 So, attention to the standings! 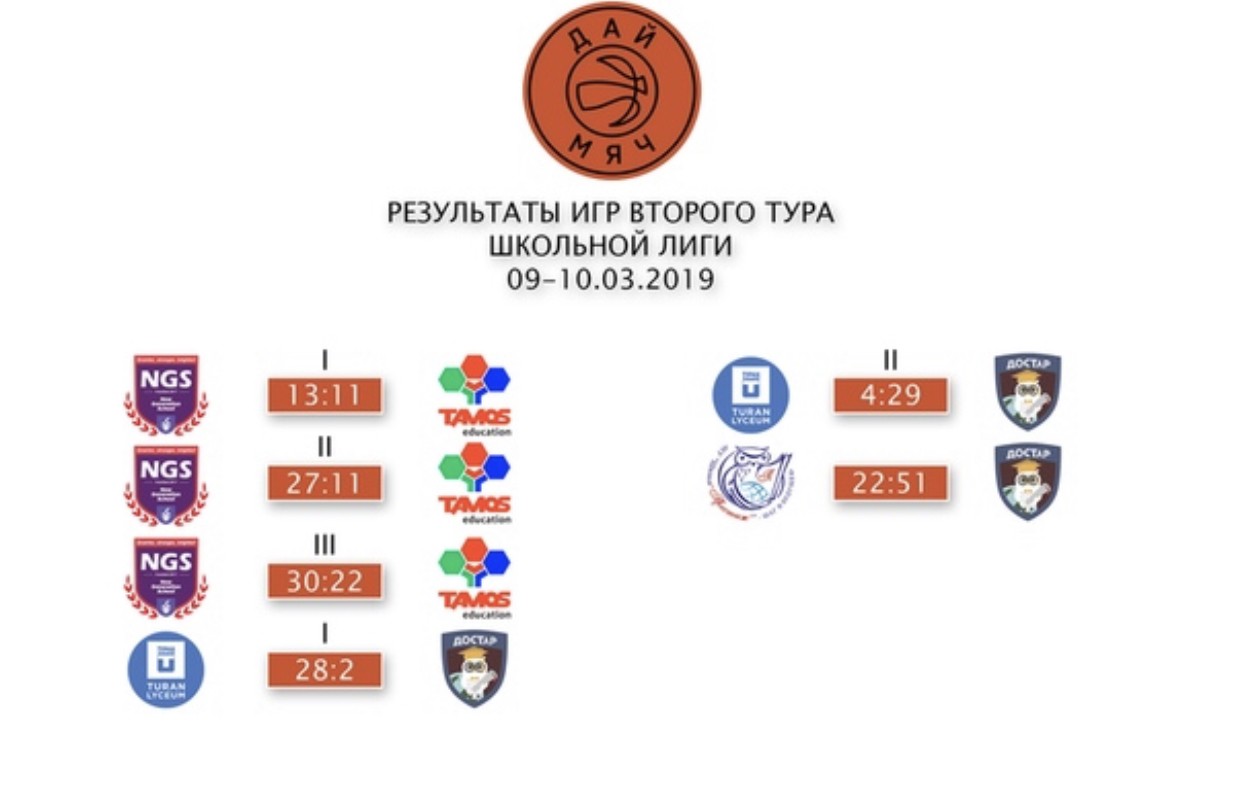 Congratulations to the NGS basketball team on their victory!

Waiting for the next games! 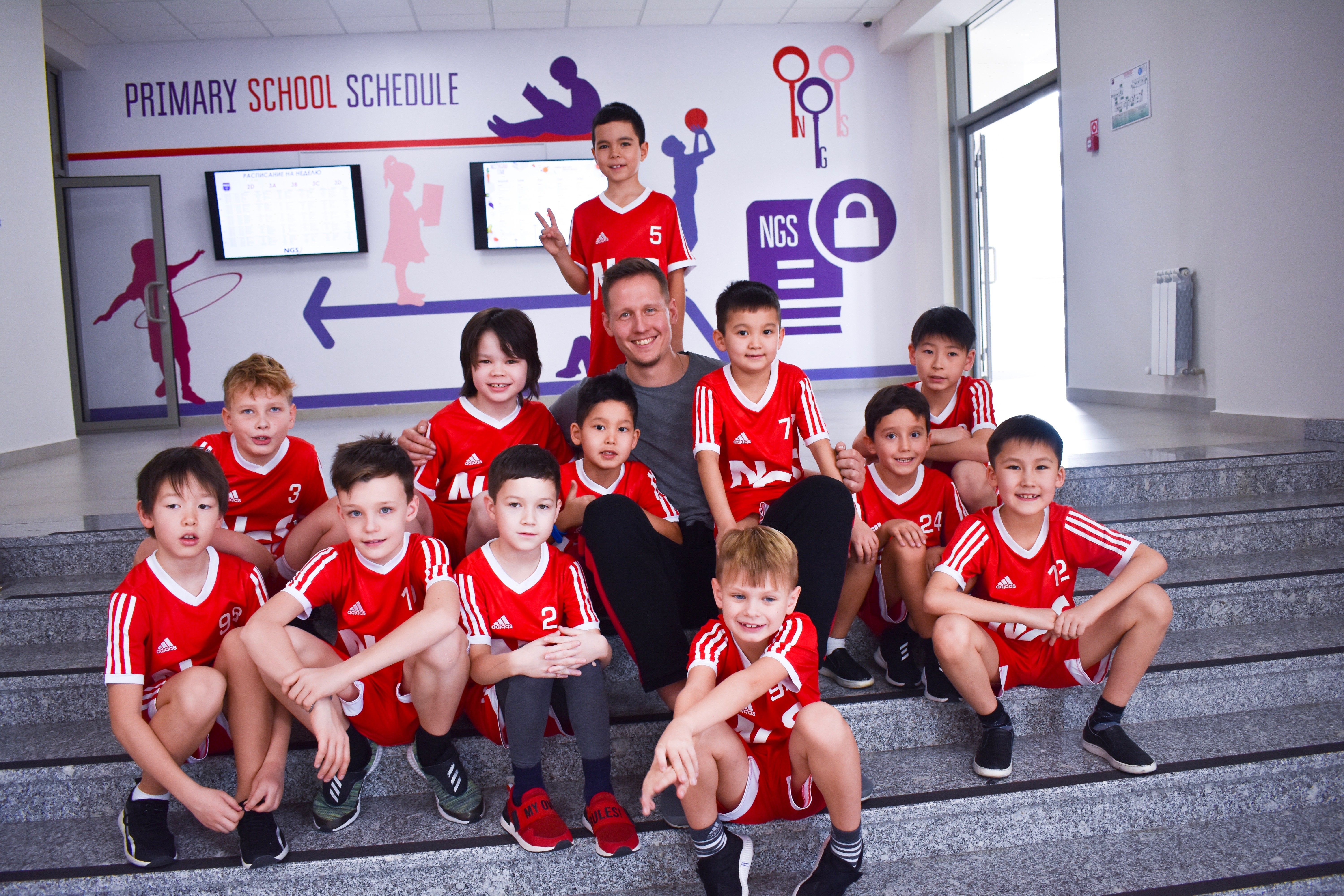 Thank you to our heroes!

Previously on this topic

The dawn of civilization

Payment in cash at the Bank RBK branch